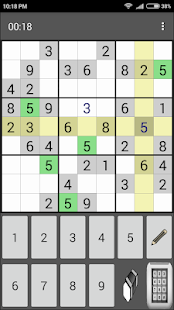 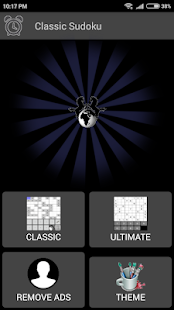 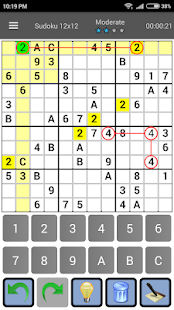 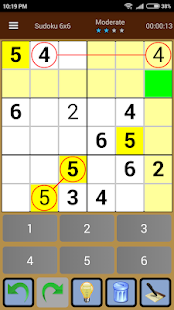 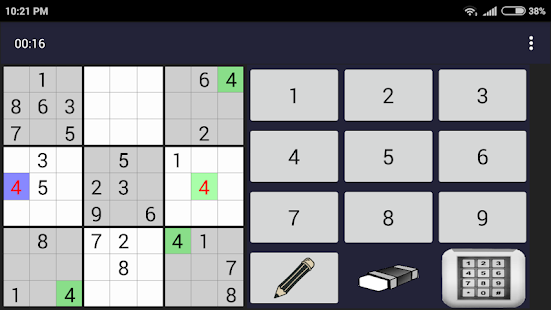 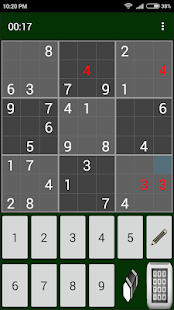 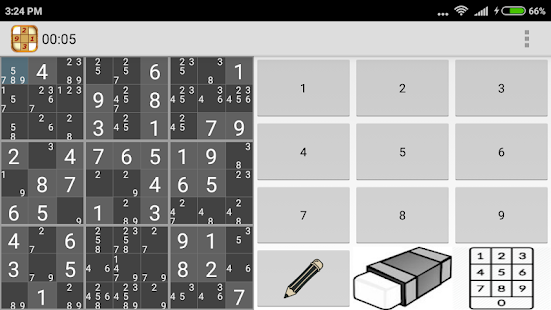 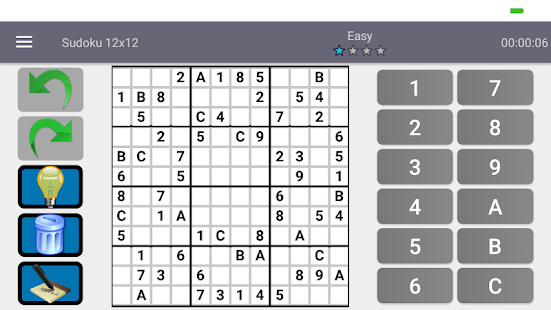 offline sudoku free puzzle game is an addictive brain sudoku puzzle game with some outstanding features. Classic Sudoku is a logic based combinational number placement puzzle game. The objective is to fill a 9×9 grid with digits so that each column, each row, and each of the nine 3×3 sub grids that compose the grid contains all of the numbers from 1 to 9. This free sudoku game can be downloaded from both android phone and tablets.This brain sudoku game is suitable for both beginners and advanced players. The sudoku logic puzzle has several best features like game time and history. The game has two game play styles classic and unlimited. Classic mode contains 1000 unique puzzle of four difficulty levels. Unlimited mode support three different board types with four difficulties.
1. a 6×6 game field with 2×3 subsections.
2. a 9×9 game field with 3×3 subsections
3.a 12×12 game field with 3×4 subsections
With 4 difficulty levels, intuitive interface, and all the functions right at your fingertips, this version of classic Sudoku Master app is sure to be your favourite. If you wish to exit Sudoku, the puzzle will be saved exactly as you see it!
Two game modes- Support three different type of board layout (6×6, 9×9, 12×12)
You can enjoy our sudoku game like any other web sudoku game. This sudoku game is best for improving your IQ.

Some of the key features of this sudoku app are.
Two game modes- this offline sudoku supports two game modes- classic and unlimited.
classic game mode- This mode gives 2000 unique puzzles with four difficulty levels.
Unlimited game mode- This mode generate puzzle as you complete levels. The mode support 3 different board types and some of them are really interesting.
Four difficulty levels- Free offline sudoku support four difficulty levels to make it interesting for both beginners and advances users(easy,medium,hard and very hard)
Note mode- Suodoku supports making notes while playing . You can easily switch between notes and sudoku keyboard.
Hints- we do not recommend using hints as it spoils game experience. However the we give an option for those who really needed.
Themes- You can select from a number of different themes available. We recommend using sudoku night mode theme for protecting your eyes
You can always undo/redo your movements.
You can always resume your game even if you switch off the device. You can resume all your uncompleted games by relaunching the sudoku app.

We are regularly updating our free sudoku puzzle app by collecting user feedback.This brain puzzle game is a good time killer and helps to sharp your mind.
Every sudoku lovers must try this awesome sudoku game for at least one time in your life. We assure that the sudoku became a part of your life.

we are always collecting feedback from the users to improve the game. If your have any suggestions regarding our free sudoku app don’t hesitate to contact us