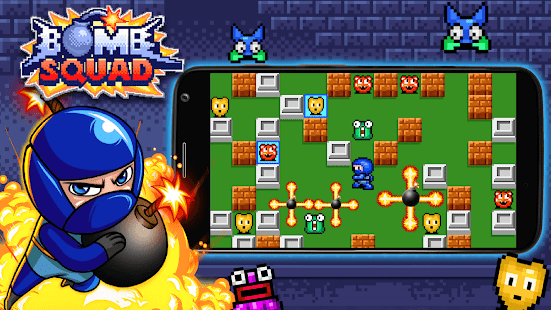 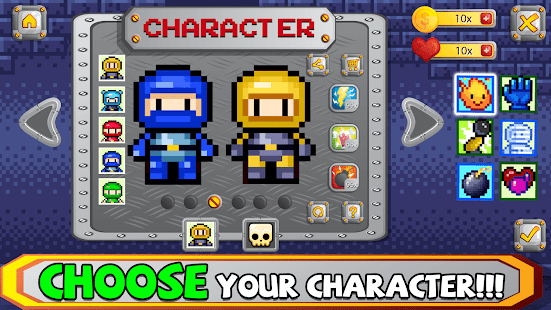 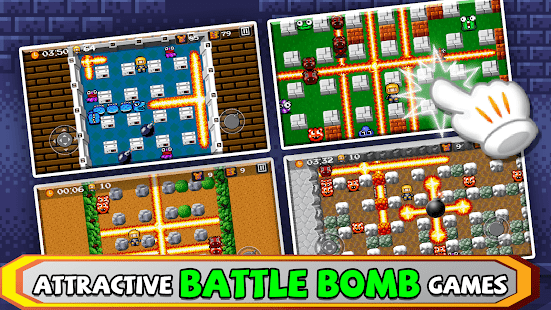 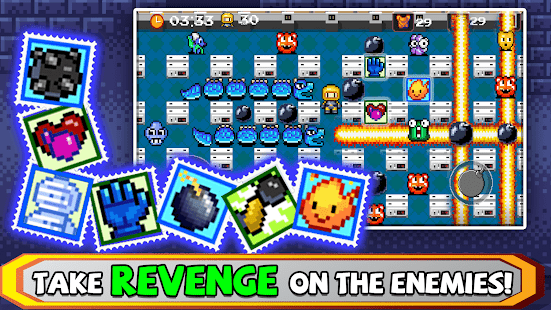 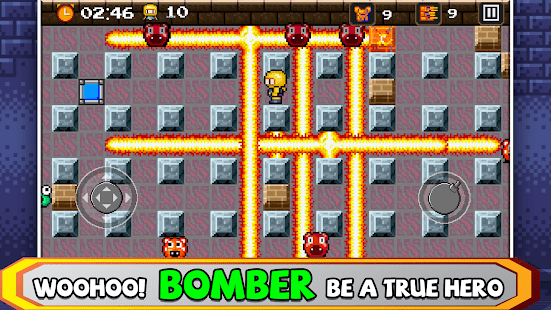 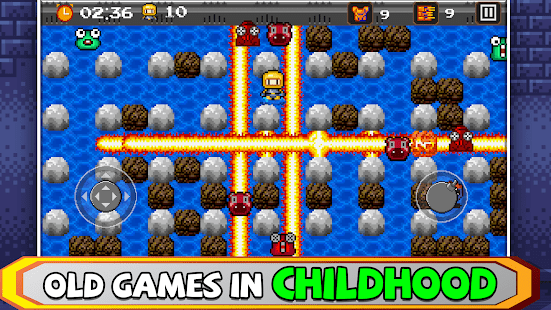 Bombsquad: Bomber Battle is a new free version of a classic adventure game developed from the bomb with new characters, graphics, gameplay. This game with a multi-levels to explore will bring you a lot of fun and interest.

The bomber has to place bomb squad to destroy all obstacles, monsters by putting the enemy in a trap then bomb blast and the enemy will be killed.
Collect power-ups to blast your way through classic battle mode in this classic game – bomb games.

Taking your boom online skills involves strategically placing a bomb squad to blow up your opponents with the new arcade games.
** FEATURES:
– Excellent gameplay which is completely similar to computer – old games in childhood.
– Attractive battle bomb games with over 500 challenging levels and free fire to be a true hero.
– Over 20+ Maps boom online for you to explore the world of bomber grounds, bumble friends.
– Variety of power-up items to improve your strength: get more powerful bombs and skills for easily passing difficult levels and blowing away the enemy.
– An old-school arcade game with high-quality pixels.
– Classic bomber style, different gameplay multiplayer games with friends.
– Free fire controls polished for touchscreen in this offline game.
– Bomber Battle is a fun action-puzzle game, free game, strategy gameplay, boom online, bomber friends also.
– Fantasy booster items such as Soft Block Pas, Shield Vest, Extra Live.
– A lot of bonuses: quantity of bomb, acceleration, increase in power of explosion shaky.
– BOSS battle with tension and challenge: they have a horrible skill bam, free fire, and special moves for bombers.
– This game is free to play offline and does not require an internet connection.
– This is a simple offline game, familiar images on pc, legendary and popular games of almost all ages from 5 to over 45 years old.

***GAMEPLAY:
– Press the button to place the bomb to free fire.
– Let the bomber avoid enemies and bomb blasts.
– Catch gifts and bonuses to make players stronger, faster, and get more lives.
– Use bomb squad to blow up blocks that clutter up the level and to defeat your opponents.
After destroying all monsters, break bricks to open the door hidden under the brick to get in and pass the level.

Now, it is time to live in childhood memory, become a hero in this classic action new version of Bombsquad: Bomber Battle
– Fix bugs