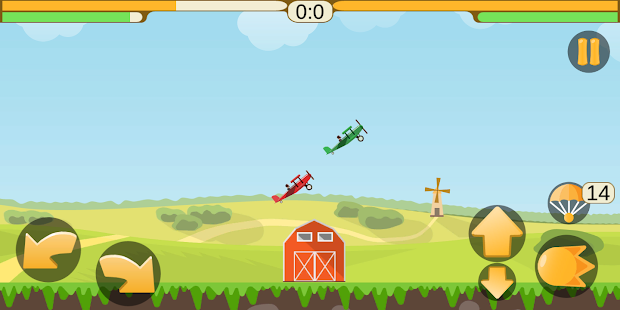 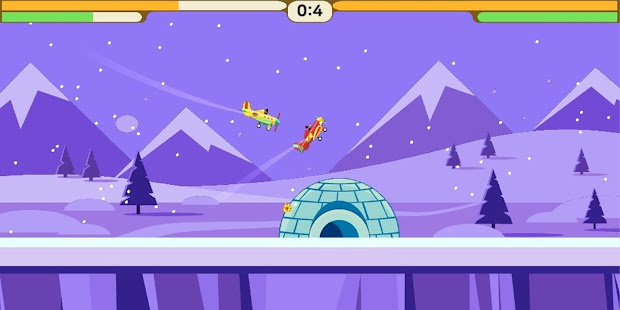 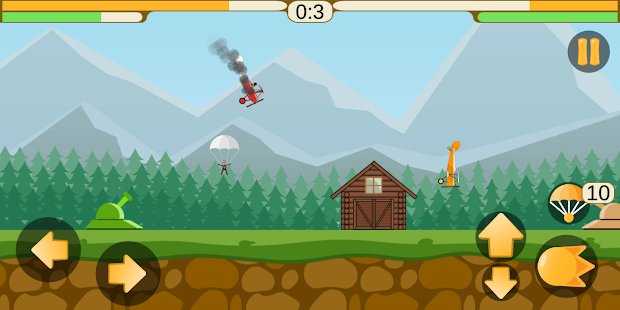 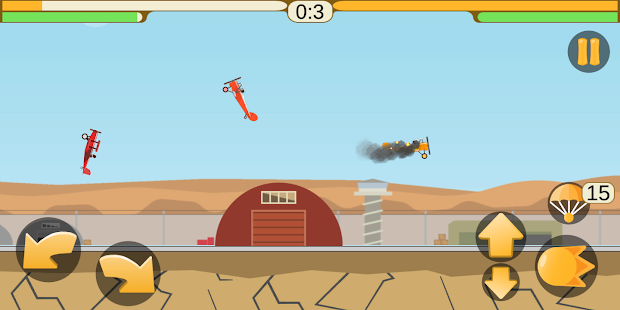 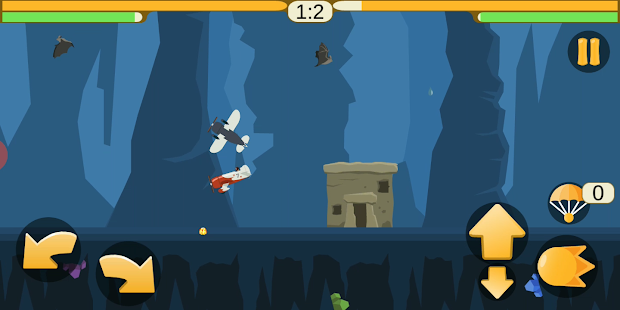 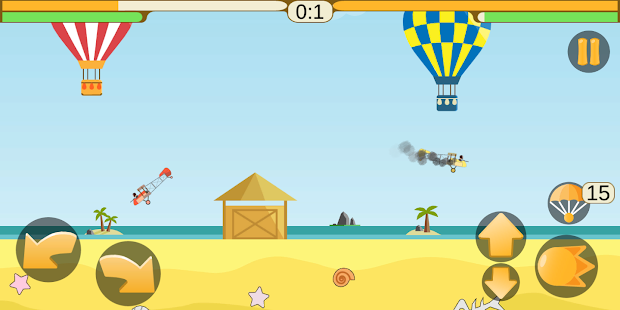 Upgrade your plane and fly to fight with opponents on a variety of maps!

Game features:
– Various airplanes, which differ in both appearance and characteristics.
– A smart AI that makes you sweat.
– Ability to play the game for two players with local multiplayer via Bluetooth.
– It is possible to pump the characteristics of all aircraft.
– Many colorful levels, each of which will give you a new gaming experience.
– Ability to play on smartphones and tablets with any resolution or aspect ratio.
Fight on planes in this bluetooth game!
Added new modules
Fixed a lot of bugs
Added a hint on how to enable the normal display of the rating if it does not change