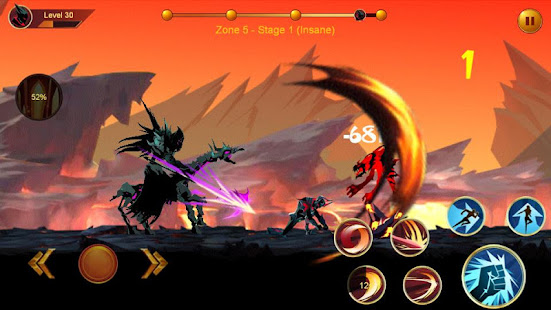 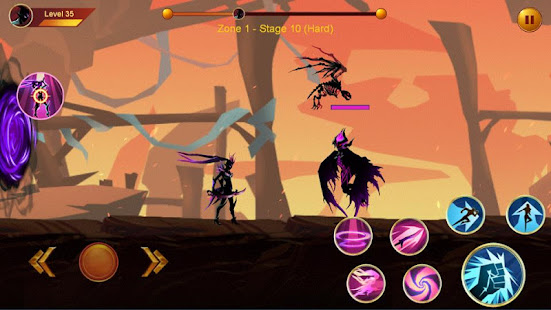 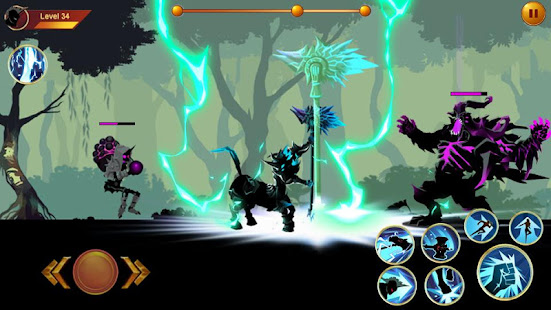 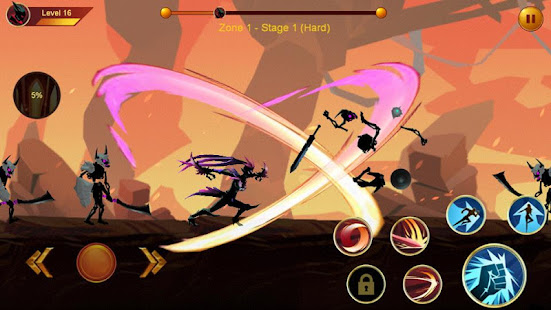 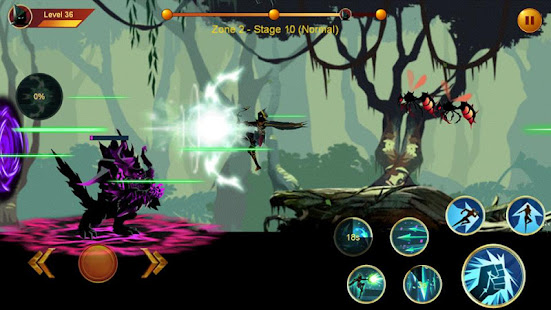 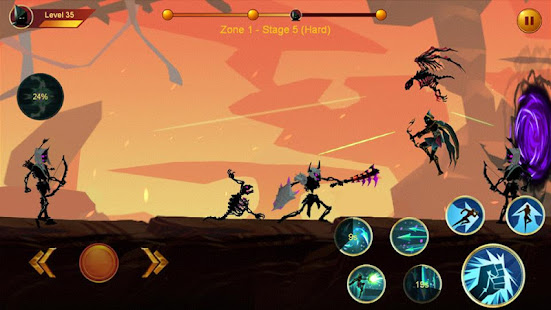 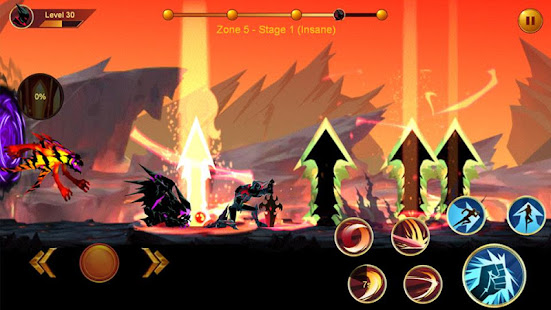 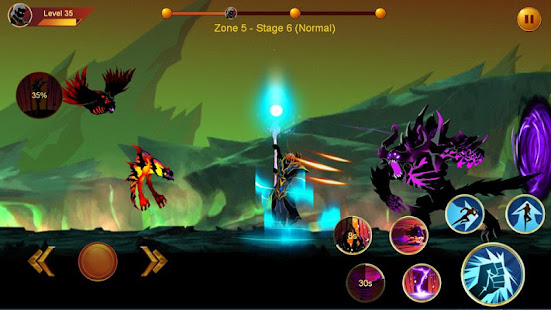 Shadow Fighter 2, this is one of other verion of Shadow Fighter. In this version, we improved a lot of things with great script, characters, enemies and graphics.
Shadow Fighter 2 – ninja fighting games is an excelent action games, an excellent fighting games. This is also one of the best offline Role-playing game (RPG) and it is also one of ninja fighting games.
This fighting games is an addicting game and adventure games. You will go through 5 zones with forest, desert, mountains and Shadow Fighter will bring you through series levels with amazing experiences.
There are series of zombie battles and monster battles in levels. In each level, you will experience a fierce battle. In this, you will be hero to fight the dark forces: zombies, monsters. Your skill will be upgraded after each level
In this fighting games, you can use a variety of weapons, equipments to attack enemies.
In this Shadow Fighter 2 – ninja fighting games. It will bring you from zone 1 to zone 5 (level 1 to level 50) with three mode: normal, hard, extremely hard
There are five different heroes characters for your choosing: 3 Ninja, Horse, Witch
After every 5 levels there is a powerfull monster boss, to destroy this enemy, requires you to be clever, skillful… This battle will give you the fun feeling and wonderful feeling.

It is free fighting games to download and play. Let’s download and experience this adventure games and share your with friends right now! This fighting game will bring you to the most awesome adventures and I believe that it will give you more good time and amazing experiences. You will be addicting this action games.

Please give me some feedbacks for Shadow Fighter 2 – ninja fighting games to help us to improve in next verion!
Email: game@tohsoft.com
– Improve maps & level
– Improve quality
– Fix some minor bugs