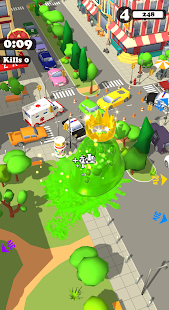 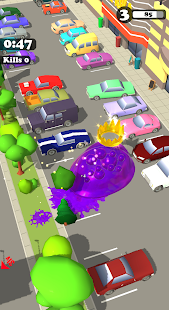 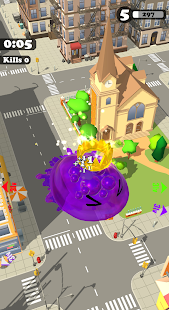 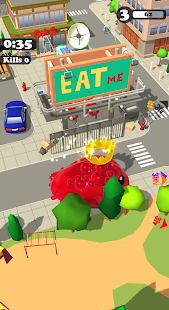 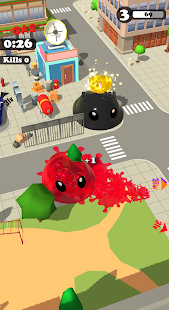 Slime.io is a 3D game where you play as a slime absorbing everything in its path and growing! Devour your opponents and become the first player in the ranking!

You are in the city together with your enemies – other slimes. You must quickly eat everything around them and grow up, otherwise they will swallow you up! Absorb everything: bushes, trees, poles, fences, houses, cars, and even people! Become the biggest slime and reach the 1st place in the ranking!

The controls are pretty simple: tap the screen and slide your finger in the direction you want to crawl. You’ll get rewards in the form of slime points for eaten objects. The more points you have, the higher you are in the rankings! Slime.io is a mixture of battle royale and .io game where every player is on their own. You need to be very careful and grow from a small slime into a huge monster able to devour entire cities!

Slime.io is an addictive and fun game in which you won’t be able to calm your appetite! Become a huge slime – a monster, chew up cities, and top the rating among all!