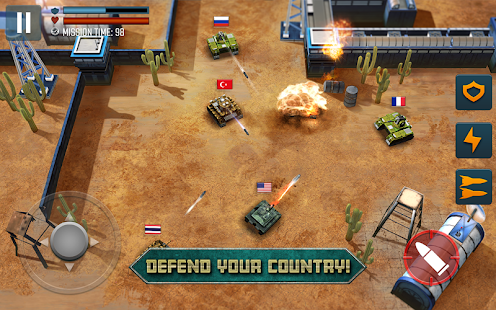 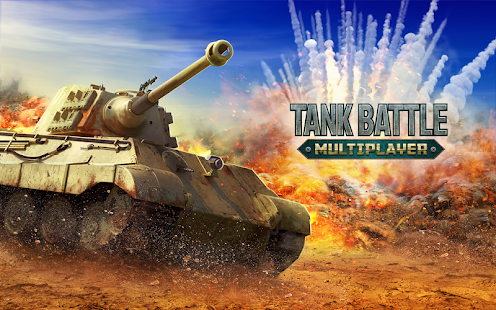 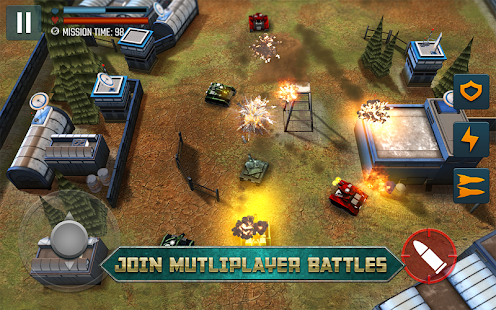 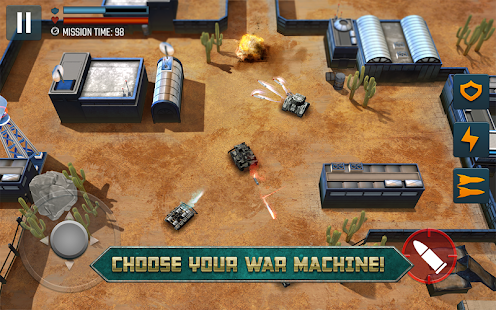 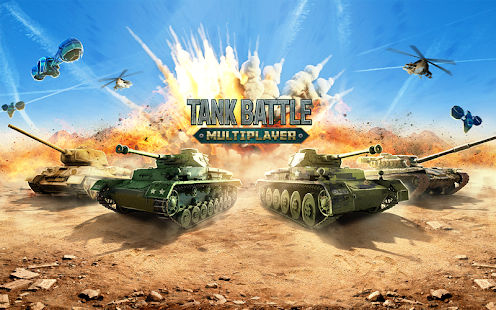 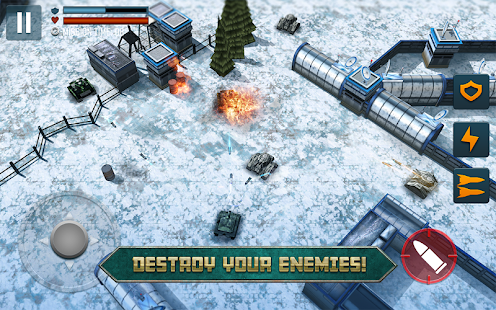 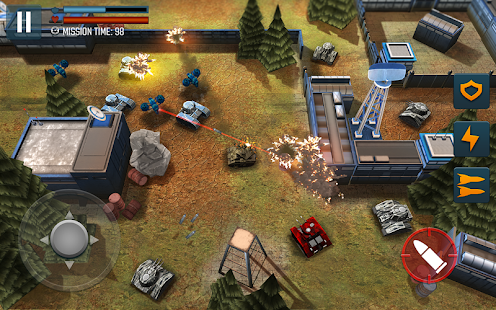 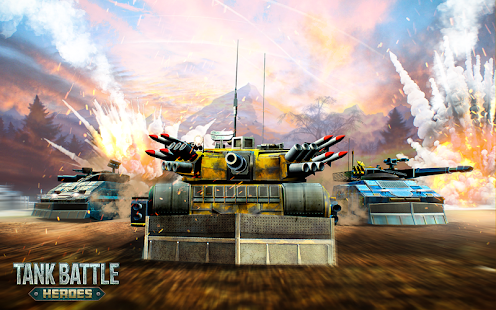 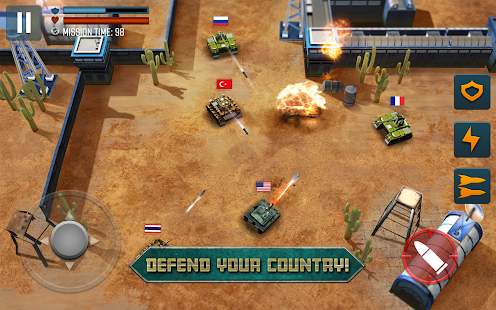 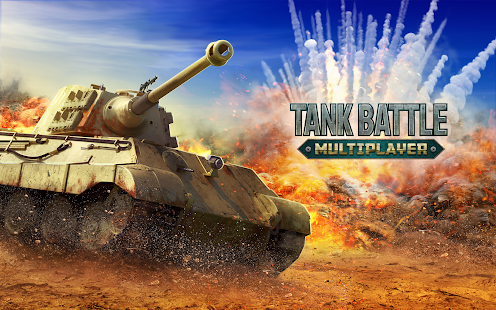 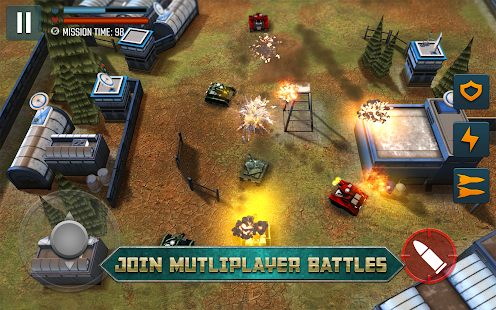 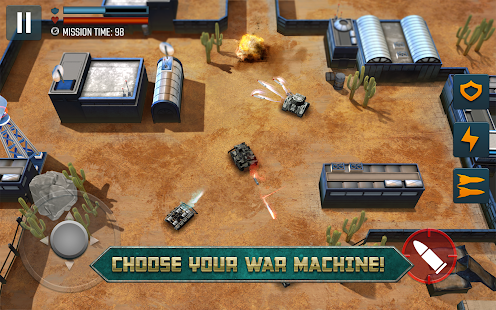 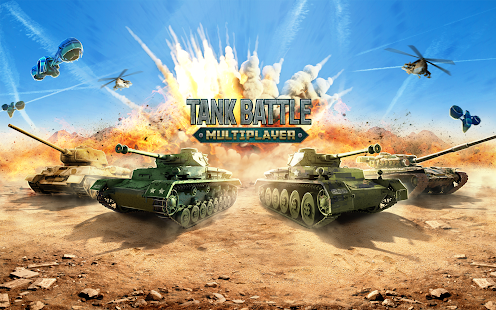 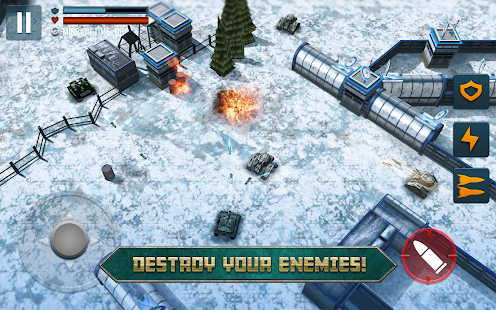 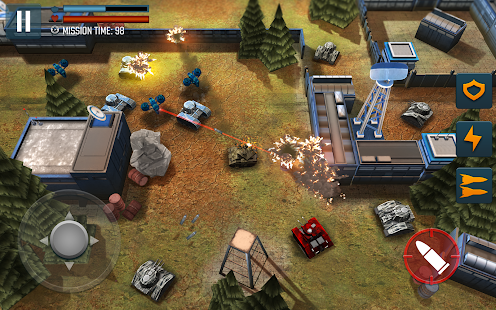 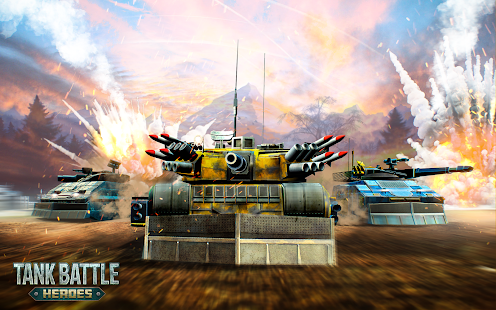 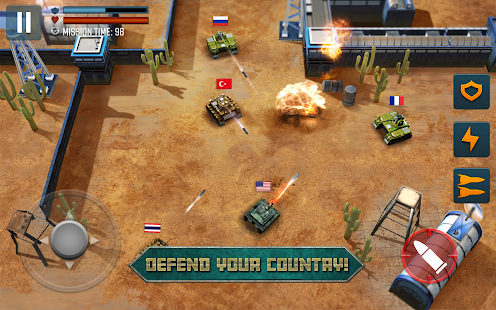 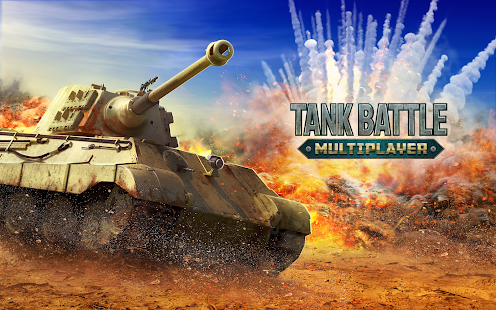 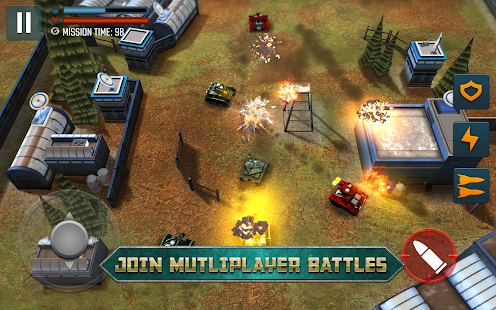 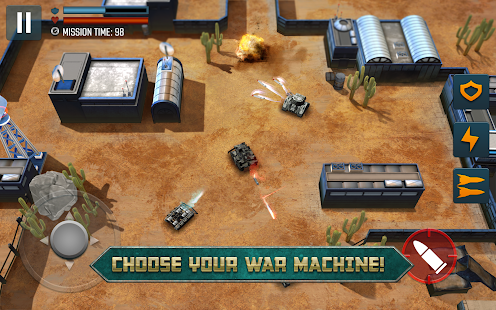 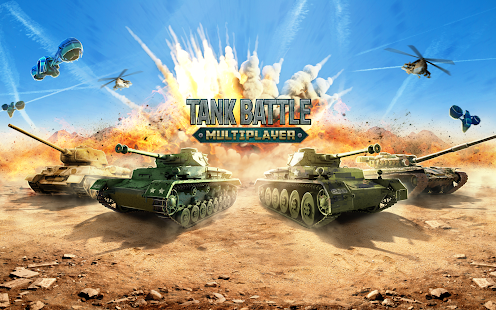 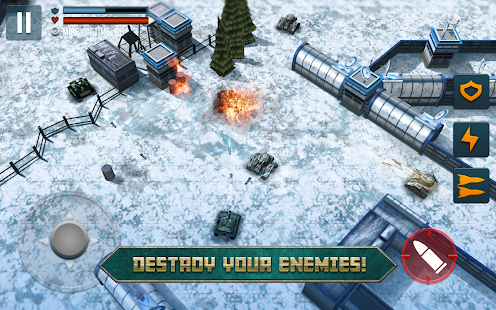 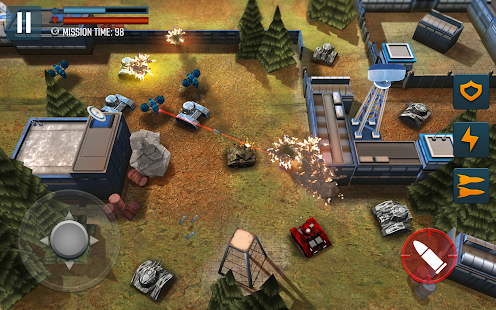 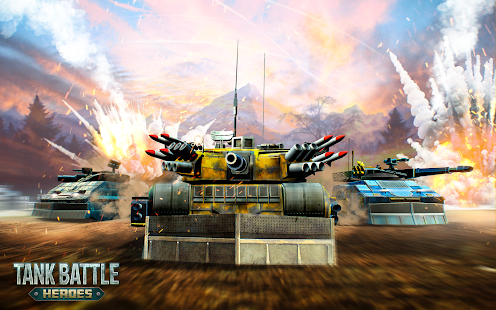 Get ready for the tank warfare and jump into the war action in modern PvP tank shooter! Choose your tank, upgrade your deadly weapon and get ready for real World War in an exciting arena where there’s danger around every corner! Destroy enemies, aim precisely, shoot fast and dominate the world full of different tanks!

FEATURES:
– Choose the best strategy and make right decisions!
– Feel the spirit of real tank battlefields!
– Unlock and upgrade your war machines!
– Choose between various war machines categories from WW2 classics to modern ones!
– Defend your country or break frontlines with no mercy!
– Conquer every battlefield and fight against players from United States, Japan, Russia, Germany, and more!
– Become a hero driving your tank through European battlefields!

ENDLESS TANK BATTLES!
Enjoy endless gameplay with different enemies! It means a different kind of weapon you must choose. Every single available tank will act differently on the battleground. Experience real clash of tank gunners and play against your battle rivals! Achieve victory, test the full power of each tank and increase its field of gunfire – powerful armory awaits! Have you ever imagined taking part in tank team battles?

BECOME A LEGEND ON THE BATTLEGROUND!
Hey Soldier, make your way in the history of modern battlegrounds! Crash the enemy, move forward to the victory and put your name in the online hall of fame! Imagine the World of WW2! Show what you are made of and conquer every battleground. There is only one proper tank warfare strategy – begin now!

3 UNIQUE TANK BATTLEFIELDS!
Do you want to prove your worth? Test your skills in various tank world conditions and strike for victory through different battlegrounds! Defeat the enemy on the ice, desert and deep in the forest. Every map requires a different pack of skills – we count on you! Prepare yourself and keep an eye right on the enemy! Fight and shoot your enemies in various WWII battlefields. Become a tank battle hero!

DIFFERENT IRON WARFARE SETTINGS!
Make your way to the victory in every available tank and unlock all the options to customize your war machine’s weapon! Conquer the world on every possible map and find yourself in different conditions. Expect tough fights and clever enemies. Experience real clash of tank commanders destroying your opponents in fast-paced real-time tank combat.

ONLINE MULTIPLAYER BATTLES!
Time to see in action the most powerful tanks, modern battlefield! Tank Battle is a free tanks game with astonishing surroundings with outstanding 3D graphics! Hey Soldier, keep an eye on every detail of your weapon and enemy’s armor! Don’t forget to watch your back – rivals are waiting for your mistake! Join armored warfare now!