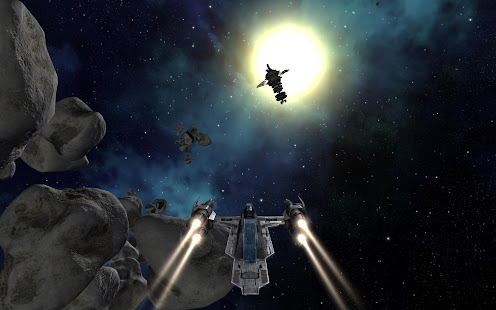 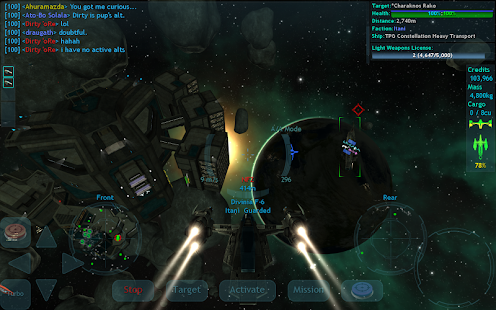 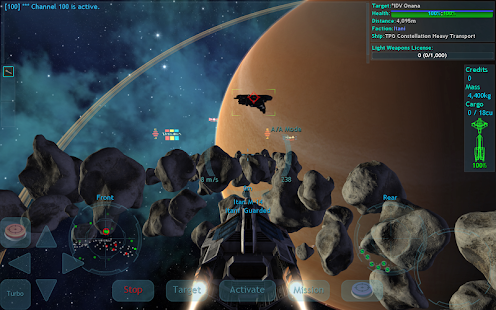 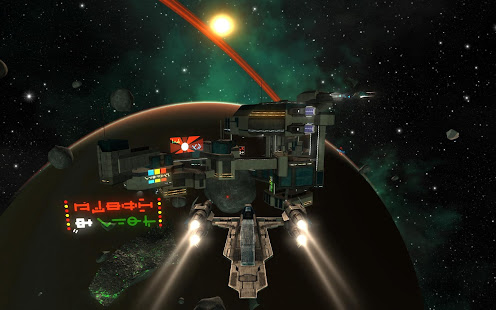 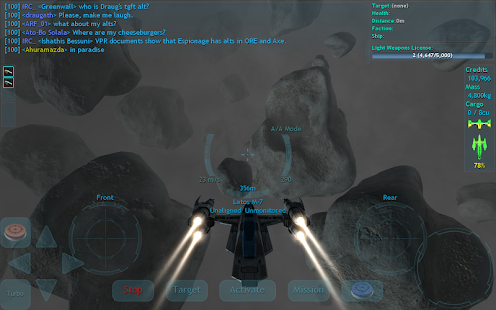 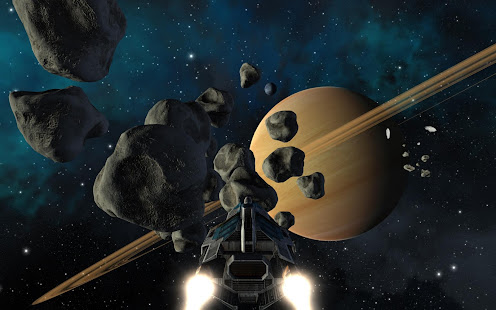 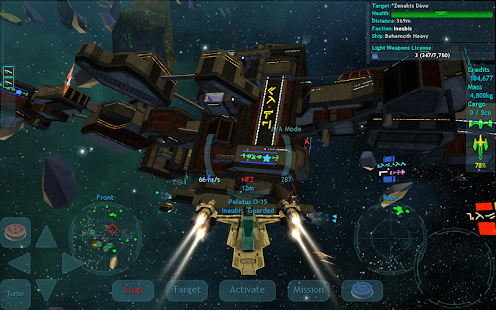 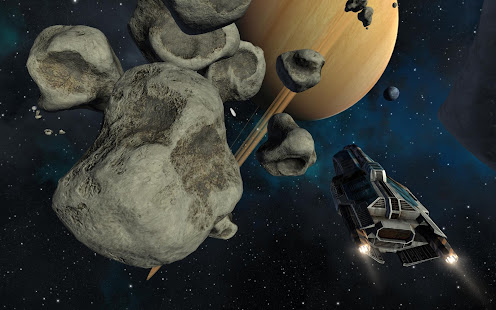 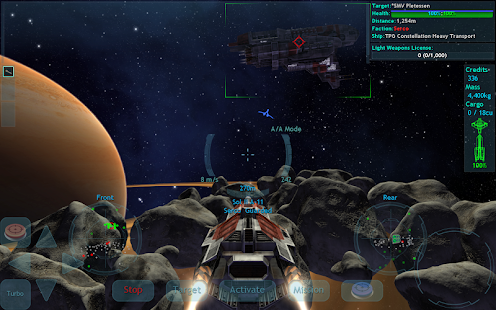 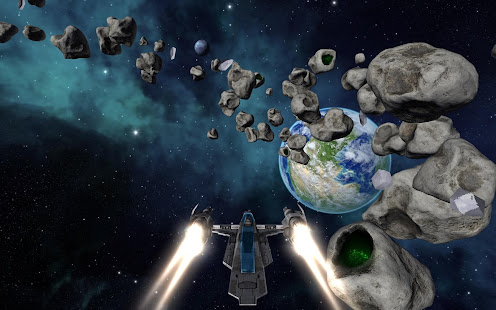 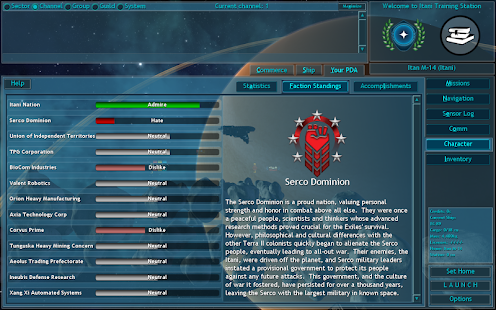 Vendetta Online is a free, graphically intensive and cross-platform MMORPG set in space. Players take the role of spaceship pilots in a vast, persistent online galaxy. Trade between stations and build an empire, or pirate traders who dare to pursue routes through areas of lawless space. Fight other players, or cooperate with friends to push back the mysterious Hive. Mine ores and minerals, gather resources, and craft unusual items. Join the military of your nation, and participate in massive online battles (see the trailer). A wide variety of gameplay styles are available, from the the intensity of huge battles and realtime PvP, to the low-key enjoyment of quiet trading and mining in less dangerous areas of the galaxy. Play the style of game that suits you, or that suits your current mood. The availability of relatively casual and short-term goals allows for fun when only a little time is available to play.

Vendetta Online is free-to-play on Android, with no level caps. An optional low subscription cost of only $1 per month allows access to large Capital Ship construction. The Android version includes several helpful features:

– Single-Player mode: after completing the tutorial, a single-player sandbox sector becomes available, letting you perfect your flying technique and enjoy minigames while offline.
– Game controllers, TV Mode: use your favorite gamepad to play, Moga, Nyko, PS3, Xbox, Logitech and others. Gamepad-oriented “TV Mode” is enabled on micro-console and set-top box devices like AndroidTV.
– Keyboard and Mouse support (with FPS-style mouse capture on Android).

Additionally, be aware of the following:

– Free download, no strings attached.. find out if the game is for you.
– Seamlessly switch between mobile and PC! Play the game on your Mac, Windows, or Linux machine when at home. Single universe for all platforms.

– Dual-core 1Ghz+ ARMv7 device, running Android 5 or better, with an ES 2.x compliant GPU (a modern multi-core device with an ES 3.x GPU is recommended).
– 600MB of free SD space recommended. The game may use about 500MB, but patches itself, so additional free space is advised.
– 1GB of device RAM memory. This is a graphically intensive game! Anything less may experience force-closes, and is at your own risk.
– We suggest installing over Wifi (for the large download), but playing the game should use relatively little bandwidth, and works well over most 3G networks. You are responsible for monitoring your own bandwidth usage.
– If you experience a problem, please post to our forums so we can get more information from you. We fix issues as soon as possible, but we simply do not have *every* phone.

– The hardware intensity of this game often exposes device driver issues that remain hidden with other apps. If your device itself crashes and reboots, it is a driver bug! Not the game!
– This is a large and complex game, a true PC-style MMO. Do not expect a “mobile” game experience. If you take a little time to read the tutorials, you will succeed at the game much more quickly.
– The tablet and handset flight interfaces may take a little time to learn, although they are effective with some experience. The flight UI will be continually improved as we receive user feedback. Keyboard play can also be very effective.
– We are a continually evolving game, often with patches released weekly. Our users are encouraged to help the game development process by posting to the Suggestions and Android forums of our website.
– Improved experimental background-threaded loading for ES3 renderer. All asset types can now be background-loaded into the GPU.
– Further tutorial streamlining experiments.
– Now uses the “logo-style” game patcher, and does not show the patch notes (for the moment).
– Button highlighting changes to make selection a little more obvious.
– “/report” command may now be used by Freemium players, and should be the preferred standard for reporting in-game toxicity or other issues.