App Information of Werewolf -In a Cloudy Village- 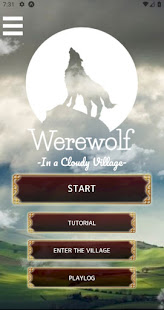 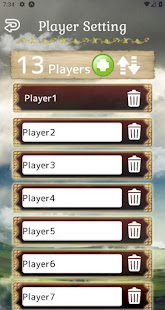 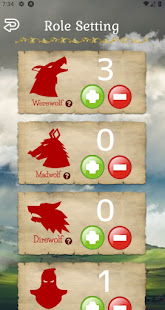 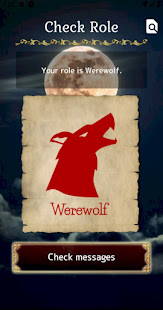 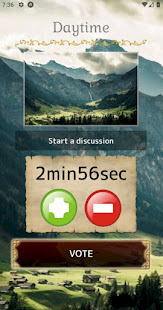 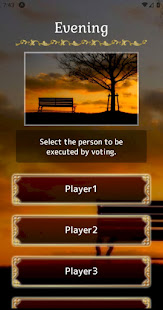 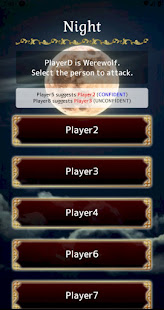 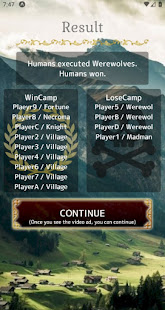 This app acts as a game master for werewolf games and supports remote play.
Remote play can be done by using a voice chat tool such as zoom.

▼ Main Features
Voting at daytime is based on the free voting rule in order to reflect the will of the players as much as possible.
In order to prevent people from being identified by the amount of time they spend on the device at night, all roles are designed to operate their phones in the same way.
There is a feature that allows you to save events that occur in the game as a play log.
There is a feature to save your battle record to understand your strengths and weaknesses.

▼ Configurable Rules
Omen (Fortunetellers can know a human at first night.)
Sequencial guard (Knights can guard a same person two nights in a row.)
Copycat suicide (When a lover died, the other lover commit suicide.)
Chipped role (A role of other than Werewolf, Direwolf, or Madwolf replace Villager.)
Soul mates (Two person chosen at random become the ThirdCamp.)

▼ Vote
Vote freely outside the app and choose the person with the most votes.

◎If you have any requests or bug reports, please contact me on Twitter.◎
Tweets by jinrou_g
The role “Almighty” has been added.

Related Posts of Werewolf -In a Cloudy Village-