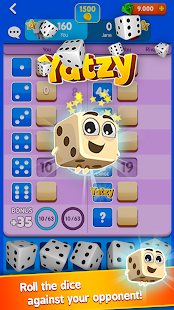 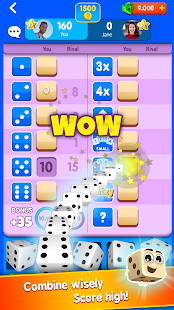 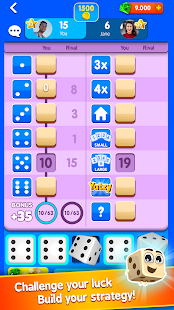 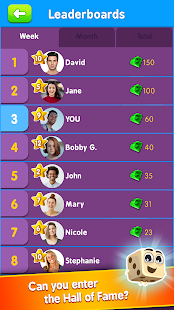 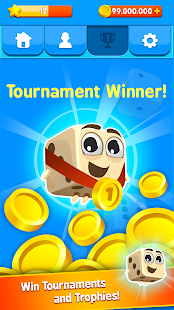 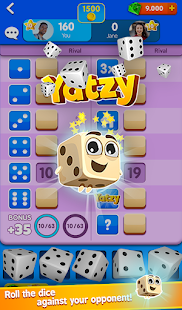 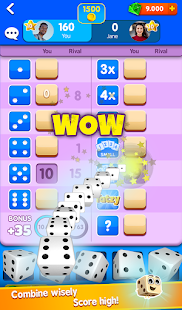 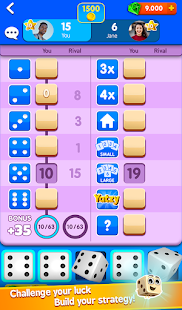 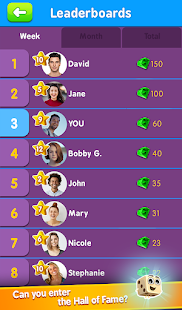 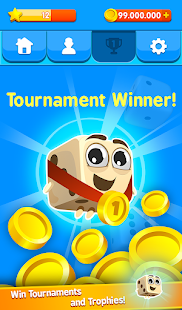 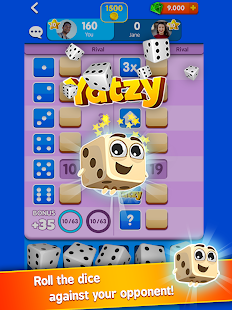 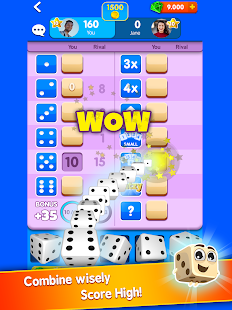 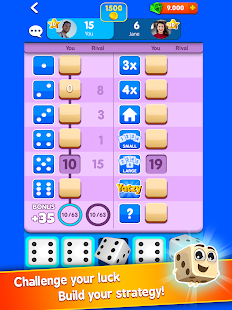 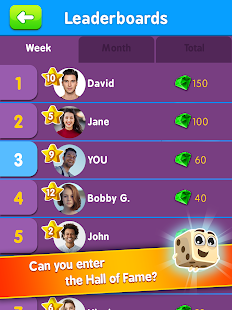 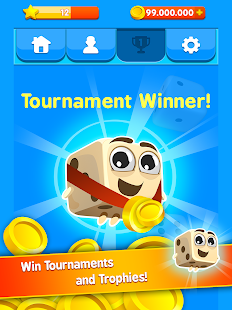 Yatzy or Yahtzee is a dice roller game of luck, skill, and strategy. Yatzy Arena is the ultimate and most addictive multiplayer version of the classic Yahtzee. The goal is to achieve the highest score on the Yatzy scorecard. Play live with friends or family!

Yahtzee is an easy to learn free classic brain game to enjoy with friends. In each round, you have 5 or 6 dice. Roll the dice 3 times in order to achieve the desired numbers and pick the combination with the most points on the scorecard.
Yatzy Arena offers 6 Yazy Modes. Unlocking each one of them is part of your journey to ultimate success!

You can play against 1 or 2 players depending the mode. Win one match after the other, play live with buddies or random opponents, level up, enjoy cool power ups, earn amazing prizes and become the master of this popular social casino dice game.

Double your bet in advance and challenge your opponent either to follow or to give in!
Can you beat them all and become the Yachtzee King?

• Free chips bonus and progressive rewards.
• “Golden Dice” Cool power up, to call for some luck.
• New graphics: Each Mode has unique and quality graphics, yet a simple and user-friendly board
• Different settings: As Levels become more and more difficult, the available time is reduced so you need to think and act fast.
• Different themes & Earnings: In each new Mode, you have the opportunity to win more Points and Chips for each victory.
• In game chat with friends (Online feature).
• “Play with friends” Challenge.
• Fireworks effects to celebrate a victory!
• Daily, weekly, and monthly Leaderboards for top players
• “Share the rolling fun” feature by sharing Gifts with buddies even when they are offline.
• Fantastic Yatzi Tournaments with Titan matches between the best of the best!
• Tutorial

In order to earn points for your scoresheet, you must score one of the following craps combos.
• Ones, Twos, Threes, Fours, Fives, Sixes
• One pair: 1 pair of any number
• Two pairs: 2 pairs of any numbers
• Three of a kind: 3 of any identical numbers
• Four of a kind: 4 of any identical numbers
• Full house: a set of 3 identical along with 2 identical numbers. For example, 3,3,3,2,2 or 6,6,6,2,2
• Small Straight: a set of 1,2,3,4,5
• Large Straight: a set of 2,3,4,5,6
• Royal Straight (only in last 3 levels with 6 dices): 1,2,3,4,5,6
• Yatzy: All dices are identical – the best possible roll of a lucky roller
• Chance: Any set of random numbers
For exact points reward check within the game.
Pro hints: If none of the above lucky rolls is achieved in one of your rounds you need to “sacrifice” a slot on your scorecard with zero points, so playing smart and planning in advance is crucial to master Farkle like games!

The classic addictive American Yahzee is the most renowned version, however, Scandinavian Yatzee or Maxi Yatzee are also popular.
The Yahtzee game is also known with various other names or spellings around the world such as: Yahzee, Yachtzee, Yatzie, Yahtze, Yazy, Yazzy, Yazee, Yatzee, Yatze, Yatsy, Yahtzy, Yazty, Yam’s, Yacht, Yacthy, Yachty, Yahsee, Yayzee, Yhatzee, Cheerio, Generala or Poker-Dice. Yahtzee is also an alternative game of Farkle.
The free Yatzy Arena can be a fun time killer game for all, which will turn into a beloved addiction!
Learn playing easy classic games like Farkle with buddies and if you are lucky enough, craps will favor you! If you enjoy club Poker tournaments, original solo Solitaire, spades, or simple rummy with buddies, then you’ve hit the jackpot! Become the trainer of randomly selected adversaries.

– Yatzy Arena is free to download and play and it is addressed to an adult audience.
– The game offers optional in-app purchases however everything can be unlocked without spending any money. Real-money gambling is not offered within the game.
– Yatzy Arena logos and names are trademarks of LazyLand Company.
-Bugfix that was causing a rewarded video ad not to work properly in some cases
-Updated store graphics